C.R. Bard is prepared to pay $184 million to settle hernia repair lawsuits filed by individuals who suffered severe internal injuries that were allegedly caused by design problems with their Composix Kugel mesh products.

The company announced the charge amount expected to cover any Kugel mesh settlements in its second-quarter report, indicating that the manufacturer has reached agreements in principle with a number of law firms representing a large portion of plaintiffs who have brought a claim.

The settlement comes after only two Kugel hernia mesh trials have been presented to a jury, out of an estimated 3,000 lawsuits that have been filed in courts throughout the United States. 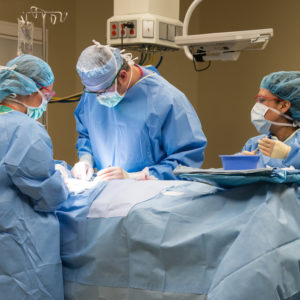 The first Kugel bellwether trial held in federal court, which involved a case brought by John Whittfield, ended in a defense verdict last April. While the jury in that case found that the manufacturers were negligent in the design of the Composix Kugel patch, they indicated that the plaintiff did not provide that his hernia repair problems were directly caused by or contributed by the negligent design.

However, in August 2010, a different plaintiff was awarded $1.5 million in damages for problems caused by the Kugel hernia patch. The lawsuit alleged that Christopher Thorpe suffered severe internal injuries and a sepsis infection when the hernia patch broke inside of him.

The Composix Kugel mesh settlement is expected to resolve the majority of the lawsuits filed against the company. There are about 1,300 cases in federal court that have been consolidated and centralized as part of a multidistrict litigation in the U.S. District Court for the District of Rhode Island. There are also about another 1,700 Composix Kugel patch lawsuits pending in Rhode Island Superior Court, where they have been centralized before Presiding Justice Alice B. Gibney.

The Kugel Patch contains a memory recoil ring around the perimeter of the mesh which allows the doctor to fold it during the hernia repair. It is designed to spring open once in place to lay flat. However, design defects may cause the plastic ring to break, resulting in serious internal injury.