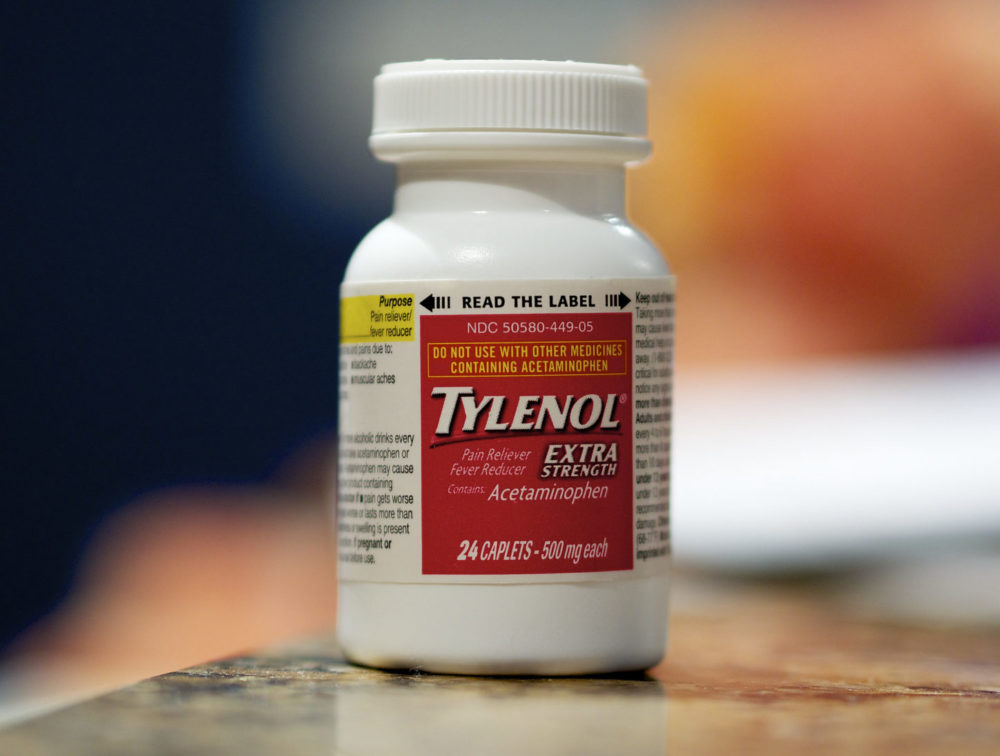 An international group of scientists warns that taking Tylenol or acetaminophen while pregnant may cause neurodevelopmental harm to the unborn child, raising further concerns about pregnancy side effects of the popular pain medication.

The researchers are calling for the healthcare community to reconsider the safety of acetaminophen during pregnancy, highlighting risks associated with the active ingredient in Tylenol, which is commonly found in more than 600 different medications. Researchers warn that the medications should not be used among pregnant women until they are more thoroughly investigated for any potential impact on fetal development.

Acetaminophen, also known as paracetamol in Europe, the U.K. and some other parts of the world, is widely used to relieve mild to moderate pain and is also often used as a fever reducer. It is also a common ingredient in cold and flu medications, which are frequently used by pregnant women. However, experimental and epidemiological research indicates exposure during pregnancy may affect fetal development and could increase the risks of some neurodevelopmental, reproductive and urogenital disorders, the researchers warn.

Although acetaminophen is approved by both the FDA and the European Medicines Agency, and both agencies consider it appropriate for use during pregnancy, the statement calls for precautionary action and for additional focused research on the use of acetaminophen use among pregnant women. Scientists from Australia, Brazil, Canada, Europe, Israel, Scotland, the UK and the US also call for increased awareness among doctors and other healthcare professionals when advising pregnant women on the use of Tylenol and other drugs containing acetaminophen.

In some cases, taking acetaminophen may be necessary. There are medical reasons to use the drug, including reducing fever and to treat severe pain. High fever is a known risk factor for fetal disorders, including neural tube defects and cardiovascular disorders.

However, most pregnant women are not using Tylenol to treat fever. Instead, the drug is commonly used to treat headache, back pain, muscle pain and inflammation. More than 50% of women worldwide use the drug during pregnancy. Most don’t believe acetaminophen can cause any side effects.

Acetaminophen is the only pain reliever generally considered safe for use during pregnancy, leaving pregnant women with few alternatives. Ibuprofen, the active ingredient in Advil or Motrin, has been linked with birth defects and damage to infant hearts.

At least one previous study has linked acetaminophen use during pregnancy to increased risk of attention deficit hyperactivity disorder (ADHD) and other neurodevelopmental problems. That study also called for the drug to be reevaluated for safety during pregnancy.

The consensus statement recommends pregnant women be warned at the beginning of pregnancy not to use Tylenol, unless its use is medically indicated, and to talk with their doctor if they are unsure whether to use the medication or not. When the drug is necessary, the researchers advised pregnant women to minimize their exposure and use the lowest effective dose for the shortest possible time.

A growing number of Tylenol lawsuits are now being filed against CVS, Walgreens and manufacturers of acetaminophen-based drugs, alleging that use of the painkiller during pregnancy caused children to develop autism spectrum disorder (ASD) or attention deficit hyperactivity disorder (ADHD).

In response to the growing litigation, a group of plaintiffs filed a motion (PDF) with the U.S. Judicial Panel on Multidistrict Litigation (JPML) on June 10, calling for complaints brought throughout the federal court system to be centralized before one judge for coordinated discovery and pretrial proceedings.

There are currently at least 19 Tylenol autism and ADHD lawsuit filed in U.S. District Courts nationwide, each raising similar allegations that pharmacies and drug manufacturers failed to warn about the risks associated with prenatal exposure to acetaminophen: the active ingredient in Tylenol.