Parties have been ordered to jointly propose the size of the bellwether pool and number of Paragard bellwether trials to be held by mid-October 2022, with the first case going before a jury on March 4, 2024 Following a status conference last month, the U.S. District Judge presiding over all federal Paragard lawsuits has issued a bellwether schedule, which will end with the first claim going to trial on March 4, 2024, to help gauge how juries are likely to respond to certain evidence and testimony that will be repeated throughout hundreds of product liability claims being pursued by women who suffered painful injuries when the birth control implant fractured or broke while doctors were attempting to remove it.

Paragard is an IUD, or intrauterine device, which is a small T-shaped plastic form of birth control that is wrapped in copper and placed in the uterus to prevent pregnancy for up to ten years.

Although, it is marketed as safe and reversible, allowing doctors to remove the IUD during an out-patient office procedure when women no longer want the birth control, lawsuits filed throughout the federal court system allege that a Paragard fractured or broke as doctors attempted to remove it, often resulting in the need for emergency surgery to retrieve pieces of the IUD, which may cause devastating internal injuries. 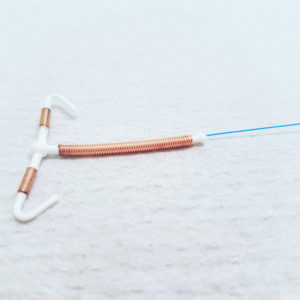 Given common questions of fact and law raised in complaints filed in U.S. District Courts nationwide, consolidated pretrial proceedings were established in December 2020, transferring all pending and new cases filed throughout the federal court system to the U.S. District Court for the Northern District of Georgia, for coordinated discovery and pretrial proceedings before Judge Leigh Martin May as part of an MDL (multidistrict litigation).

According to the latest docket report (PDF) issued by the U.S. Judicial Panel on Multidistrict Litigation (JPML) on September 15, there are currently at least 1,399 Paragard lawsuits pending before Judge May, each presenting similar factual allegations that the IUD was defectively designed and prone to break during removal procedures.

Judge May held a Paragard lawsuit status conference on September 27, to review progress in the litigation and plans to prepare a small group of cases for early trial dates.

In an initial scheduling order (PDF) issued on September 28, the Court approved a proposed plan that calls for the parties to meet and confer next month regarding a frame work for selecting a pool of cases that will go through bellwether discovery and trial.

Following the selection of certain bellwether Paragard lawsuits, the Court has indicated that all case-specific fact discovery must be complete by July 28, 2023. Lawyers will then disclose experts that will be called by each side, who will offer opinions about specific and general causation in the bellwether claims. Those experts will then be deposed, and the Court indicates that all bellwether discovery must be complete by October 30, 2023.

Leading up to the first Paragard trial, Judge May will consider pretrial motions and challenges by either side to the admissibility of certain expert witnesses under the federal Daubert standard, with deadlines for motions and responses throughout November and December 2023.

Following any Paragard Daubert hearings and final ruling on the motions, Judge May has scheduled the first bellwether trial to begin on March 4, 2024. However, that date may be pushed back, since the Court indicates that there will be at least 21 days between rulings on dispositive and Daubert motions before the trial begins.

As of early October 2022, no global Paragard settlements have been reached and the manufacturer has indicated that it intends to defend the safety of its IUD at trial. However, it is expected that negotiations to explore a potential settlement will increase leading up to the expected start of the first Paragard bellwether trial in March 2024.

While the outcome of these bellwether trials will not have any binding impact on other claimants, they are expected to help the parties determine the range of Paragard lawsuit payouts per person that juries may award if each claim is scheduled for trial.

If the parties fail to reach agreements to globally settle Paragard claims during the bellwether process and the manufacturer fails to establish that it can consistently defend the safety of its birth control implant at trial, it is then expected that Judge May will begin remanding hundreds of individual cases to U.S. District Courts nationwide for separate trial dates after 2024.