According to allegations raised in a recently filed lawsuit against Syngenta, exposure to the company’s weed killer Paraquat caused a Parkinson’s disease diagnosis for a Pennsylvania man.

The complaint (PDF) was brought last week by Felix Lewis in the U.S. District Court for the Southern District of Illinois, indicating that Syngenta has known about the Parkinson’s disease risk from Paraquat products, yet withheld information and warnings from consumers for for decades.

The case joins hundreds of other Syngenta Paraquat lawsuits pending throughout the federal court system, each raising similar allegations that Syngenta has known about numerous studies that found an association between the weedkiller and Parkinson’s disease, including reports that have found a two- to five-fold increased risk among individuals who work with Paraquat, compared to populations that do not have such occupational exposure. 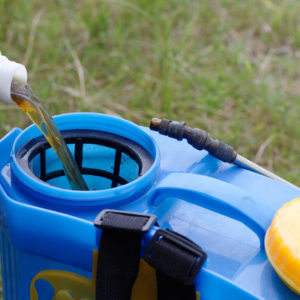 Despite knowledge of these studies, the lawsuit indicates that Syngenta actively concealed and covered up this information from users of Paraquat weedkillers.

Lewis indicates that he was repeatedly exposed to Paraquat sold by Syngenta between 2011 and 2020, while working in Finleyville, Pennsylvania, where the herbicide was sprayed for weed control.

Although he followed all recommended safety precautions, Lewis states that he began suffering symptoms of Parkinson’s disease and was ultimately diagnosed with the condition in 2020. However, no doctor or other person ever told him that his Parkinson’s disease was caused by Paraquat, and he did not learn about the connection until some time last year.

The case will soon be consolidated with other Paraquat lawsuits against Syngenta, which are centralized before U.S. District Judge Nancy J. Rosenstengel in the Southern District of Illinois, as part of an MDL or multidistrict litigation.

Given similar questions of fact and law raised by hundreds of plaintiffs diagnosed with Parkinson’s disease from Paraquat, Judge Rosenstengel has established a “bellwether” trial program where a group of six representative cases are being prepared to go before juries next year, to help the parties gauge the relative strengths and weaknesses of their claims and promote potential Paraquat settlement discussions that will avoid the need for each individual case to be remanded for trial.