Xeljanz Black Box Warning Added by FDA, Due to Risk of Blood Clots and Death Federal regulators are requiring Pfizer to add a new “black box” warning to its blockbuster rheumatoid arthritis and ulcerative colitis drug, indicating Xeljanz side effects may increase the risk of dangerous and potentially deadly blood clots when taken at higher doses.

In a drug safety communication issued today, the FDA indicated the prominently placed boxed warning will be placed on Xeljanz and Xeljanz XR, indicating the 10 mg twice daily dose may increase the risk of blood clots and death.

The agency has also determined that Xeljanz should only be used as a second-line treatment for ulcerative colitis, which typically involves use at the higher dose. Therefore, patients should only be prescribed the drug if they have not respond effectively to other treatments, or suffered severe side effects from those other drugs. 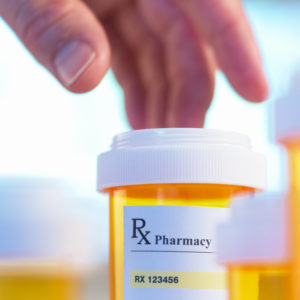 The announcement comes following a review of interim data from an ongoing study released earlier this year, which has already resulted in a number of Xeljanz lawsuits brought by users of the medication who have suffered a pulmonary embolism, deep vein thrombosis (DVT), stroke or other blood clot injuries, including wrongful deaths.

Xeljanz (tofacitinib) was first approved by the FDA in 2012 to treat adults with rheumatoid arthritis, an autoimmune disorder that causes inflammation of the joints in approximately one percent of the population. The drug was designed to block the activity of certain enzymes in the body that affect immune system function and is commonly used as an alternative for patients who have tried methotrexate and other medications without success.

After evaluating preliminary data from a Xeljanz clinical trial released in February 2019, the drug manufacturer Pfizer announced earlier this year that patients receiving 10mg doses of Xeljanz twice per day were found to have a significantly higher risk of experiencing pulmonary embolisms and had an overall higher rate of mortality when compared to patients taking 5mg doses of Xeljanz for ulcerative colitis.

The FDA issued a Xeljanz warning after the initial Pfizer results were released in February 2019, but took no action at the time to require new warnings. However, in May, the European Medicines Agency (EMA) issued recommendations to doctors, calling for them not to prescribe Xeljanz in its 10 mg, twice-daily dose to patients already at a risk of pulmonary embolism.

Now, the FDA is requiring the strongest label warning, placing a “boxed” warning prominently on the drug about the Xeljanz blood clot risk. The FDA is also recommending patients tell their health care professionals if they have a history of blood clots or heart problems before taking Xeljanz, and urging individuals to seek immediate emergency medical attention if they experience:

The agency cautions patients to not stop taking Xeljanz without first talking to their doctor.

The FDA Is calling for doctors and patients to report any adverse events linked to Xeljanz use to its MedWatch adverse event reporting program.