The state Senate recently passed the new law, despite the report, and proponents are awaiting passage in the state House and approval by the governor. Efforts to pass a new law that would open a two year window in the Pennsylvania statute of limitations for adult survivors to file child sexual abuse lawsuits is meeting resistance from a conservative think tank, which has suggested the measure would expose Pennsylvania schools to billions of dollars in liability and litigation costs for its role enabling decades of prior assaults.

Pennsylvania’s General Assembly is considering a state constitutional amendment, which would allow childhood sex abuse claims to be pursued by individuals who are now adults, even if their lawsuit previously would have been barred by the statute of limitations. The state senate passed the measure last week, Senate Bill 1, but it must still be passed by the state House and signed by the governor.

State House Speaker Mark Rozzi, a Democrat, has said no other legislation would pass the House until its own version of Senate Bill 1 is passed, which also includes new voter I.D. requirements.

The state senate vote came just a day after the conservative think tank, the Susquehanna Valley Center for Public Policy, released a report (PDF) which claims if the Constitutional amendment is passed, it would result in billions of dollars of legal costs for Pennsylvania schools, in what many see as an effort to rally resistance to the bill. However, it does this by acknowledging the vast number of children who were likely sexually abused in Pennsylvania schools over the decades.

The report estimates the result of total claims filed within the two-year window would cost the state $5 billion to $32.5 billion. However, similar bills have been passed and enacted successfully in 24 states to date, including New York, New Jersey, California, North Carolina and others. Those laws have been heralded by child sexual abuse survivors and dragged numerous child sexual predators into the spotlight who believed they had gotten away with their crimes decades ago. 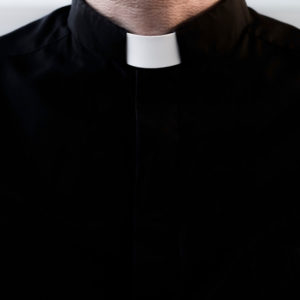 Pennsylvania was the flashpoint for a resurgence of interest in child sex abuse several years ago, following the discovery of widespread problems among priests in the Catholic Church. Details of a prior grand jury investigation in the state identified at least 90 Catholic priests that faced credible claims of sex abuse in the Pittsburgh area. However, survivors of the abuse were often prevented from presenting claims since they never learned about the extent of the problems, as the Catholic Church engaged in a cover-up that spanned decades and shifted priests to other locations where the abuse continued unabated.

That grand jury report indicated the Catholic Church of Pennsylvania covered up sexual assaults involving priests who abused more than 1,000 victims, mostly children, over the course of 70 years. After 90 of those priests were identified, it sparked investigations by the Justice Department and states’ attorneys general nationwide, and a number of states have enacted legislation allowing survivors of prior abuse to bring claims against the Church or other responsible entities, regardless of how long ago the assault occurred.

The legislation in Pennsylvania and other states comes amid child sexual abuse problems throughout the Catholic Church and the Boy Scouts of America, who have faced tens of thousands of lawsuits as a result. The Boy Scouts, which maintained a list of sexual predators who served as volunteers or employees of the organization, known as the “perversion files,” was ultimately driven into bankruptcy by the allegations, and is still trying to negotiate a settlement which would move it out of bankruptcy.

In September, U.S. Bankruptcy Judge Laurie Silverstein, of the U.S. Bankruptcy Court for the District of Delaware, approved plans to create a $2.46 billion victim’s fund negotiated by abuse survivors, the Boy Scouts, insurers and some of the organization’s main backers.