Canadian health officials intend to ban Allergan’s Biocell textured breast implants in that country, due to concerns that the products may cause women to develop a rare type of cancer, known as breast implant-associated anaplastic large cell lymphoma (BIA-ALCL).

Health Canada issued a press release on April 4, advising Allergan of the agency’s decision to suspend its license to sell the Biocell breast implant in that country. The agency says it is a precautionary measure, after determining that the Biocell was linked to 86% of all reported cases of BIA-ALCL in Canada.

The pending ban comes after Health Canada completed a scientific assessment of macro-textured breast implants, as part of a larger safety review which has been ongoing since November 2018, according to the agency. 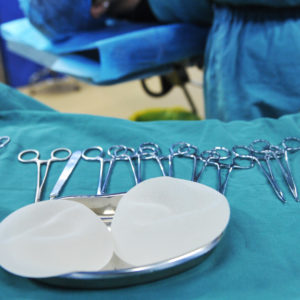 Allergan’s Biocell is the only macro-textured breast implant sold in Canada, and the manufacturer has 15 days to respond to the notice of intent with any new evidence. If it cannot prove to the agency in that time that the implants are not dangerous, the license to sell the Biocell in Canada will be suspended.

The agency notes that its entire safety review will be made public before the end of April, and that it “will not hesitate” to take additional actions, if necessary.

On January 26, 2011, the FDA first released a report about case studies and epidemiological research that suggested there was a link between breast implants and ALCL.

Last month, the FDA held a two-day hearing on breast implant safety and benefits, revealing that it has received tens of thousands of reports of breast implant complications.

Despite growing concerns, the panel of FDA advisors decided against recommending any breast implant recalls, indicating that it was too early to determine whether the risks were limited to specific breast implant designs.