Talc Ovarian Cancer Claims May Be Reset for Trial, After Bankruptcy Settlement Discussions Fail to Progress The federal judge overseeing the Johnson & Johnson bankruptcy proceedings, which have stalled all progress in thousands of talc powder ovarian cancer lawsuits, indicates that there may be a need for bellwether trials to be scheduled, after settlement talks between the parties have failed to advance.

Johnson & Johnson has been allowed to move forward with a controversial “Texas Two-Step” bankruptcy plan since February, as part of an attempt to break off the massive liability it faces for failing to warn consumers about the ovarian cancer risks from talc into a separate company, which critics have argued was created solely for the purpose of placing it into bankruptcy and delaying justice for plaintiffs seeking compensation through the U.S. Court system.

For months, U.S. Bankruptcy Judge Michael Kaplan has agreed to continue a stay on all proceedings in more than 38,000 Baby Powder lawsuits and Shower-to-Shower lawsuits filed by women diagnosed with ovarian cancer, mesothelioma and other injuries, while the parties attempt to establish a settlement program through the bankruptcy process.

However, at a status hearing last month, Judge Kaplan informed the parties that the talcum powder settlement negotiations are not as far along as the mediators had hoped. As a result, he suggested that it may be necessary for the court to hold some bellwether trials to get a sense of where juries might land on issues in the talc ovarian cancer claims. 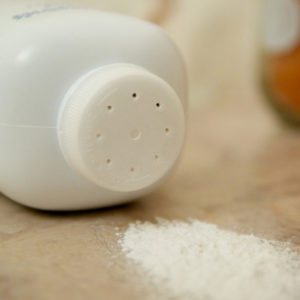 Prior to the bankruptcy filing, a series of talcum powder “bellwether” trials were expected to begin in April 2022. However, those trial dates have been on hold pending the talc bankruptcy settlement negotiations.

As settlement talks appear to be breaking down, plaintiffs have pushed the bankruptcy court to remove the stay that has been blocking all progress in the litigation.

The Johnson & Johnson talc powder bankruptcy has been widely criticized by plaintiffs lawyers, as well as bankruptcy experts, as an abuse of the legal process and effort to delay a series of trials that were expected to go before juries this year.

Judge Kaplan has indicated that the bankruptcy court is not ready to give up on talc settlement negotiations and said he intends to talk with U.S. District Judge Freda Wolfson of New Jersey federal court, who is presiding over a federal multidistrict litigation (MDL) established prior to the bankruptcy filing. According to Kaplan, he wants to see where those cases are and if moving forward with bellwether trials is feasible.