The pharmaceutical company Amgen has agreed to pay $28.5 billion to acquire Horizon Therapeutics, which may also include potential liability for a growing number of Tepezza lawsuits being filed by individuals who developed hearing loss after receiving the thyroid eye disease drug, which is Horizon’s top selling product.

In a press release issued on December 12, Amgen announced it will pay $116.50 per share in cash to buy the Ireland-based Horizon Therapeutics. Amgen officials say they are buying Horizon Therapeutics in order to increase its rare disease drug portfolio, of which Tepezza figures to be the prime target of the acquisition.

The deal raises concerns for investors, as it comes as Horizon faces a growing problem over its top selling products, with lawsuits being filed by users left with irreversible hearing loss from Tepezza, who allege that the drug maker knew or should have known about the risk, but withheld critical safety warnings and information from consumers and doctors. 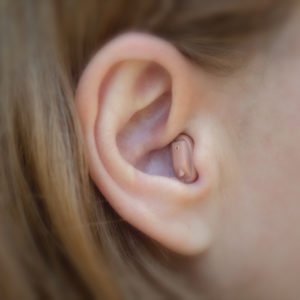 The FDA approved Tepezza through a fast-track Orphan Drug designation, which allowed the drug maker to introduce the injection without extensive testing, since it targeted a condition which has no other treatment available.

Although it was initially expected to have a very limited market, the drug has quickly achieved blockbuster status, raising concerns that it has been over-marketed for individuals who may not have required the drug. In 2021, Tepezza generated $1.67 billion in sales, which represents about half of the $3.23 billion in total sales Horizon pulled in last year.

Over the few years the thyroid eye disease injection has been on the market, concerns have emerged over potential Tepezza side effects, which not only threaten the rapid adoption of the treatment, but also exposes Horizon Therapeutics to a risk of massive Tepezza lawsuit payouts that may be owed to former users left with hearing loss.

A number of studies and case reports have been published over the last two years, which identified a link between Tepezza and hearing problems, which critics indicate the manufacturer knew or should have known about before the drug was ever introduced.

While the drug’s warning label does mention hearing loss as a possible side effect of Tepezza, lawsuits allege that the drug maker downplays the problems as temporary, and that many users could have avoided permanent hearing loss of instructions had been provided about the importance of monitoring hearing on Tepezza.

If the acquisition goes through, and Amgen accepts the liability that Horizon Therapeutics may face, the company will need to absorb any judgments or Tepezza settlement costs associated with the prior warning label.

In 2018, Bayer made a similar move, buying Monsanto for $63 billion, at a time the agricultural company faced a number of Roundup lawsuits, which claimed the popular weed killer could cause non-Hodgkin’s lymphoma and other forms of cancer. Although Monsanto maintained that it’s widely used weedkiller did not cause cancer, and Bayer faced sharp criticism for failing to account for the liability the company may face from Roundup lawsuit payouts when it determined the amount it was willing to pay for the company.

Only a few months after the acquisition was finalized, Bayer was hit with a number of massive jury verdicts over Monsanto’s prior failure to warn consumers about the cancer risks associated with Roundup, leading to investor class action lawsuits being filed against Bayer and it’s Board of Directors.

At one point, the under-appreciated Roundup liability threatened the future of Bayer and the company reportedly considered bankruptcy, before entering agreements to pay more than $11 billion in Roundup settlements so far. However, Bayer will continue to face Roundup lawsuits in the future, as hundreds of claims remain unresolved and new cases continue to be filed as former users develop non-Hodgkins lymphoma.

This year, at least two complaints have been brought by former users who allege they were left with hearing loss following use of the drug.

As more individuals learn that hearing loss problems may be the result of Tepezza side effects, it is expected that dozens of additional lawsuits may be filed against the drug maker in the coming months, and it is likely to be several years before any accurate assessment can be made about the extent of liability Horizon may face or the amount it may pay in Tepezza lawsuit payouts.

Did you suffer hearing loss from Tepezza?

Settlement benefits may be available as a result of the drug makers' failure to warn about the risk of hearing loss. Lawyers provide free consultations claim evaluations, and there are no fees or expenses unless a recovery is obtained.