Trial was originally expected to begin in January 2023, for an Elmiron vision loss lawsuit filed by Maria Windham, who developed pigmentary changes and retina damage following use of Elmiron The U.S. District Judge presiding over all federal Elmiron vision loss lawsuits has pushed back the start of the first bellwether trial until March 2023, which will be closely watched to gauge how juries are likely to respond to certain evidence and testimony that will be repeated throughout hundreds of claims.

Elmiron (pentosan polysulfate sodium) is a prescription medication used for treatment of interstitial cystitis or painful bladder syndrome, which is often taken by users for years, since there is no cure of the underlying condition. However, there are now more than 1,700 lawsuits being pursued by former users left with a rare form of eye problems from Elmiron, known as pigmentary maculopathy, which results in progressive vision loss, blurry vision, distorted vision, difficulty adapting to dim light and other symptoms from damage to the retina. 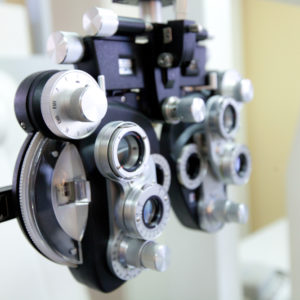 Each of the lawsuits raise similar allegations, indicating that Johnson & Johnson and its Janssen Pharmaceuticals subsidiary provided false and misleading information for decades about the Elmiron vision side effects, and failed to warn doctors about the importance of monitoring for vision changes while taking the bladder drug, which can leave users with permanent blurry or distorted vision, as well as blindness.

Given common questions of fact and law raised in claims brought throughout the federal court system, an Elmiron MDL was established in December 2020, centralizing the litigation before U.S. District Judge Brian R. Martinotti in the District of New Jersey, for coordinated discovery and pretrial proceedings.

To help the parties evaluate the relative strengths and weaknesses of their claims, and promote potential Elmiron settlement negotiations, Judge Martinotti has established a “bellwether” process in the MDL, where a small group of representative cases are being prepared to go before juries.

Early in the litigation, Judge Martinotti indicated the first Elmiron lawsuits would start going before juries in January 2023. However, this week the Court announced that the start of the first case will be delayed at least two months.

A complaint (PDF) filed by Maria Windham was selected earlier this year as the first bellwether trial, involving allegations that a Louisiana woman developed retinal pigmentary changes, including macular degeneration, about two years after she started taking Elmiron.

In a court order (PDF) issued on October 24, Judge Martinotti announced that the trial date for Windham’s lawsuit will now begin March 27, 2023. The order calls for parties to meet and confer and submit an amended Case Management Order reflecting how the change will affect other scheduled deadlines preparing the case for trial.

According to the latest docket report (PDF) issued by the U.S. Judicial Panel on Multidistrict Litigation (JPML) on October 14, 2022, there are currently at least 1,784 complaints pending before Judge Martinotti which are awaiting trial, and the size of the litigation continues to grow as new Elmiron lawsuits are filed by former users diagnosed with vision problems.

In addition to the claim filed by Windham, two other Elmiron bellwether claims have been selected from the initial group of 20 cases that went through case-specific discovery, including lawsuits filed by Opal Faye Broussard and Julia Manning, which are also expected to go before a jury in 2023. However, it is unclear how these Elmiron trial dates will be affected by the delay in Windham’s case.

Following the Elmiron bellwether trials, if the parties fail to make progress with settlement negotiations or the drug maker fails to establish that it can consistently defend the safety of the drug at trial, it is expected that Judge Martinotti will expand the number of claims being prepared for trial, and consider remanding large waves of claims to U.S. District Courts nationwide for separate trial dates in 2024 and 2025.