Defendants claim the cases involve too many different manufacturers, diseases and hair relaxer products for consolidation to be convenient or efficient. Although a growing number of hair relaxer lawsuits are being filed throughout the federal court system by women diagnosed with uterine cancer, ovarian cancer and fibroids after use of popular products like Dark & Lovely, Just for Me, Optimum and others, manufacturers indicate they are opposed to centralizing the claims before one judge in the Northern District of Illinois.

L’Oreal, SoftSheen, Strength of Nature, House of Cheatham, Namasté Laboratories and other manufacturers have marketed chemical hair relaxers as safe for decades, targeting Black women to promote straightening the natural curls in their hair. However, recent studies have found that the hair relaxers or perms expose women to dangerous endocrine-disrupting chemicals, like phthalates, which increase the risk of cancer and other injuries.

Nearly a dozen lawsuits have been filed in various different U.S. District Courts, each raising similar allegations that the companies placed profits before the safety of consumers, by failing to disclose the potential cancer side effects of hair relaxers, and lawyers indicate that thousands of additional claims are likely to be filed in the coming months and years. 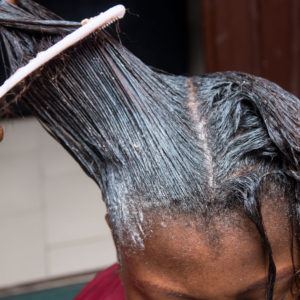 Given common questions of fact and law raised in the complaints spread throughout the federal court system, a group of plaintiffs filed a motion to establish a hair relaxer MDL (multidistrict litigation) earlier this month, which would transfer the claims to one U.S, District Judge to preside over coordinated discovery and a series of early “bellwether” trials.

In complex product liability litigation, where large numbers of claims raise similar allegations against the manufacturers of similar products, it is common for the claims to be consolidated so that the the parties reduce duplicative discovery that would otherwise be repeated throughout large numbers of claims, avoid conflicting pretrial rulings and to serve the convenience of common parties and witnesses involved in the litigation.

Plaintiffs proposed that the hair relaxer litigation be centralized in the U.S. District Court for the Northern District of Illinois, before either Judge Mary Rowland or Judge Matthew Kennelly, who each already preside over at least one of the early lawsuits filed.

This week, responses were filed with the U.S. Judicial Panel on Multidistrict Litigation (JPML) by the cosmetic manufacturers L’Oreal (PDF), Dabur (PDF), House of Cheatham (PDF) and Strength of Nature (PDF), each opposing the centralization of the claims.

Although many of the products have been used by millions of women over more than four decades, and may have caused tens of thousands of cases of uterine cancer, ovarian cancer or uterine fibroids, the manufacturers argue that there are not currently enough cases filed to justify formal centralization, or that each of the claims involve individualized facts that would not make an MDL convenient or efficient.

“Movants allege that use of unspecified hair relaxers at unspecified times over the course of the last 50 years might increase the risk of a myriad of medical conditions ranging from uterine and breast cancer, to fibroids and endometriosis, to several other reproductive issues including, but not limited to, miscarriage, pre-term delivery and irregular menstrual bleeding,” L’Oreal states in it’s brief. “These conditions are allegedly caused by at least 20 different products, manufactured by no fewer than five separate defendants.”

The manufacturers do indicate that if the JPML does decide to consolidate the litigation, the hair relaxer MDL should be centralized in the Southern District of New York, which the companies presumably view as a more favorable venue.

It is expected that the U.S. JPML will consider oral arguments on the motion during an upcoming hearing session set for January 26, in Miami, Florida.

The litigation emerged after a number of studies published in recent years established a connection between use of hair relaxer and uterine cancer, raising concerns about the wide spread use of the products by Black and other minority women throughout the U.S.

A September 2021 study published in Carcinogenesis suggesting a strong link between the use of hair relaxer and ovarian cancer. Data from more than 40,000 participants enrolled in the National Institute of Health’s Sister Study revealed women using hair relaxers four or more times annually have almost twice the risk of developing ovarian cancer compared to never-use study participants.

Do You Qualify for a Hair Relaxer Lawsuit?

Lawyers provide free consultations and claim evaluations to help women determine if they may be eligible for a settlement over uterine cancer, ovarian cancer, fibroids or other injuries caused by hair relaxers.