Parents are encouraged to use safe, flat, sleeping environments for babies, without soft bedding or padding that may increase the risk of sudden infant death syndrome A group of pediatric health experts have issued new infant sleep guidelines, which encourage all caregivers and parents to place their infants to sleep on their backs, not share a bed with the baby, and make sure infants sleep on a flat surface to avoid sudden infant death syndrome (SIDS).

The recommendations were issued by the American Academy of Pediatrics (AAP) last week in the medical journal Pediatrics, and also included updated guidelines that focus on breastfeeding, avoiding harmful exposures at home and not relying on specialized baby monitors to prevent SIDS.

The 2022 recommendations focus on a triple risk model, which warns the risk of SIDS is higher when an infant, vulnerable due to impaired arousal, cardiorespiratory or autonomic responses, is exposed to trigger events like unsafe sleeping environments, and is in a critical development period.

The AAP recommends infants sleep in a safe sleep environment, in a supine position (or on their back), using a firm mattress. They should not use inclined sleeping surfaces, share a bed with caregivers, or be put in a sleeping environment with soft bedding or bumper pads. 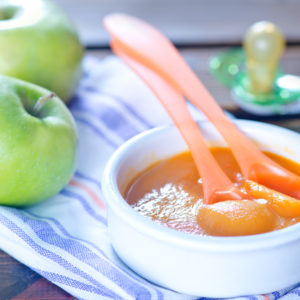 In 2017, the FDA issued a safety alert that called crib bumpers and sleep positions dangerous “never-use” devices, because they pose a lethal risk to infants. Additionally, infant rockers have been plagued by recalls in recent years, including Fisher-Price brand infant and baby rockers. Various models have faced recalls over the years leading to the death of 13 infants.

Despite the warnings and recalls, a recent study indicated that babies continue to suffocate and die after parents place them to sleep on their stomach or in a crib with soft bedding.

The risk of SIDS is 67 times higher when and infant sleeps with an adult on a couch or soft chair. It is 10 times higher when sleeping with someone who has used a substance, like alcohol, illegal drugs, sleeping pills or who smokes. This risk also increases by five to 10 times when the infant is less than 4 months old, pediatricians said.

Additional recommendations include breast feeding the infant, avoiding unsafe exposures in the home, including nicotine, alcohol, marijuana, opioids, and illicit drugs. Infants should also get routine immunizations and use a pacifier, the AAP recommended.

Pediatricians also warned parents not to rely on specialized baby monitors to try to prevent SIDS. They also recommended infants have awake tummy time to promote infant development and there is no evidence swaddling reduces the risk of SIDS.

The AAP highlighted racial and ethnic disparities which result in Black and American Indian/Native babies facing more than double and nearly triple the risk of SIDS compared to white babies.

Roughly 3,500 infants die of sleep-related infant deaths, including sudden infant death syndrome and accidental suffocation and strangulation in bed. Rates of SIDS declined in 1990s, but overall death rates have remained stagnant since 2000.