Military service members between 2003 and 2015 may be eligible for a 3M earplug lawsuit payout over hearing damage or tinnitus. Learn more about verdicts, settlements and the latest 3m earplug lawsuit updates here. Millions of 3M Combat Arms Earplugs, Version 2 (CAEv2) have been sold to the U.S. Government, which were standard military issue equipment for all service members between 2003 and 2015.

These military earplugs are “dual-ended” or “reversible”, featuring one end that is olive/dark green/brown and acts like a traditional earplug, blocking all sound. The other end is yellow and provides “non-linear” or “selective attenuation”, which is intended to block loud impulse sounds of battlefield explosions or artillery fire, while allowing the user to hear quiet noises, such as spoken commands or enemy combatants.

According to allegations raised in 3M earplug lawsuits filed by former service members, the manufacturer knew for years that it was selling defective military earplugs that were too short to properly fit the ear canal. This decision to place profits before the health and safety of users has left military service members with permanent hearing loss and tinnitus.

Who is Eligible for a 3M Earplugs Lawsuit Payout?

Financial compensation may be available through a 3M earplug lawsuit payout or settlement for individuals who meet the following criteria;

Do You Qualify for a 3M Hearing Loss Settlement?

Nearly three million U.S. veterans currently receive benefits for hearing loss or tinnitus (ringing in the ears). Symptoms may include:

Will a Military Earplug Settlement Impact My VA Benefits?

No. Receiving a 3M earplug lawsuit payout will not impact VA disability benefits you are receiving, which are based on injury to the veteran and not income or financial need. If you are receiving VA benefits for hearing loss, payments will continue. If a large military earplug settlement or lawsuit payout is received, it may impact certain needs-based or income-based VA benefits and there may be lien obligations. However, you will still be eligible for VA coverage in the future.

The 3M military earplug lawsuits are being pursued against the manufacturer only, not the U.S. Government or any branch of service. 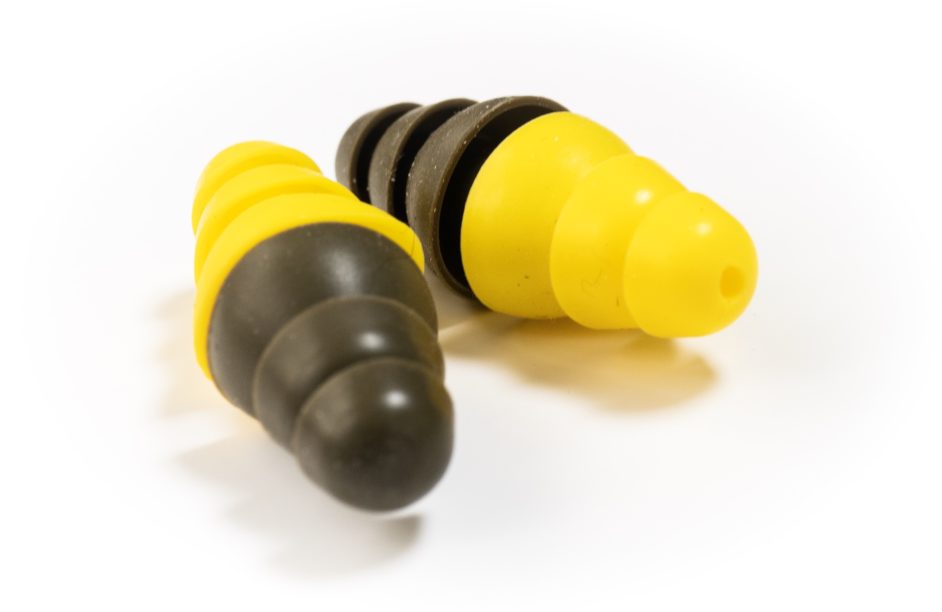 INFORMATION ABOUT 3M EARPLUG LAWSUITS ON THIS PAGE

September 2022 Update: The initial 3M earplug settlement talks were held on September 15 and 16, before Special Master Randi Ellis, which also included representatives from state court claims filed in Minnesota, where the manufacturer’s U.S. headquarters are based. Judge Rodgers has reported that the mediation was “was worthwhile and productive”, but a final agreement to settle 3M earplug lawsuits has not been reached.

July 2022 Update: In a controversial move, 3M has indicated that it’s wholly owned Aearo Technologies subsidiary is pursuing Chapter 11 Bankruptcy. Although 3M Company has billions in assets to cover earplug lawsuit payouts, it has issued a press release attempting to establish $1 billion hearing loss settlement fund, even though it knows that amount does not come close to providing proper compensation for veterans. The move came just one week after Judge Rodgers ordered plaintiffs and defendants to prepare the three “waves” of 500 cases each for trial in 2022 and 2023.

May 2022 Update: A federal jury in Florida returned a $77.5 million verdict in the final 3M earplug bellwether trial, which included 19 separate cases going before juries over the past year. This case involved a U.S. Army veteran who received $5 million in compensatory damages, with 3M company ordered to pay an additional $72.5 million in punitive damages. Learn more about the average 3M earplug lawsuit payouts below.

The 3M earplug litigation first emerged after the U.S. Department of Justice announced a $9.1 million settlement with 3M Company over the Combat Arms earplugs in July 2018, resolving claims that the manufacturer committed fraud by knowingly selling defective earplugs to the government.

According to allegations raised in a complaint that led to this 3M earplug settlement with the U.S. government:

The Justice Department alleged that the earplugs were too short to fit in many ears and imperceptibly would move out of place, making them ineffective. In addition, critics say neither 3M nor Aearo provided proper use instructions to soldiers, which should have told the wearers to fold back the flanges on the open end of the plug before inserting the closed end into their ears so that they properly fit.

Is there a 3M Earplug Class Action Lawsuit?

By May 2021, more than 600 cases had been filed in U.S. District Courts nationwide, which prompted the U.S. Judicial Panel on Multidistrict Litigation to establish coordinated pretrial proceedings in the federal court system. All 3M earplug claims have been centralized before U.S. District Judge Casey Rodgers in the Northern District of Florida for common discovery and pretrial proceedings, where the litigation has been managed in a manner similar to a 3M earplug class action lawsuit. However, each claim remains an individual lawsuit, where plaintiffs must established that their hearing loss was caused by the 3M earplug.

By October 14, 2022, the JPML reported that at least 320,638 former and current military service members who suffered hearing damage were pursuing damages against 3M. However, some of those claims were subsequently dismissed due a lack of medical evidence or proof of military service.

More than 257,000 former military service members are still awaiting their day in court to obtain a 3M earplug lawsuit payout.

Between March 2021 and May 2022, a series of early “bellwether” trials were scheduled by U.S. District Judge Casey Rodgers, to help the parties gauge how juries may respond to certain evidence and testimony that is likely to be repeated throughout the litigation.

A series of 16 jury trials were held, involving 19 separate plaintiffs. 3M lawsuit payouts were awarded in 10 of the cases, with damages of nearly $300 million returned over the failure to disclose known safety defects with the earplugs

Below is a guide to the 3M earplug verdicts returned so far, which have sent a strong signal about the extent of liability the manufacturer and the amount it may have to pay to settle 3M earplug lawsuits brought by service members with hearing loss and tinnitus. In late January 2022, a jury awarded the largest verdict yet, $110 million to two veterans who suffered hearing loss and tinnitus. In late March 2022, 3M lost two cases on the same day, with jury awards totaling $58 million returned. In late April 2022, another U.S. Army veteran was awarded $2.2 million for hearing loss damage linked to the earplugs. The final bellwether trial ended in a $77.5 million verdict in May 2022, resulting in a total of nine losses and six defense verdicts for 3M.

More than 200,000 other plaintiffs are still awaiting their day in court to obtain a 3M earplug lawsuit payout, and Judge Rodgers ordered the parties to prepare several large “waves” of 3M earplug cases for remand to U.S. District Courts throughout 2022 and 2023.

How Long Will It Take To Get a 3M Lawsuit Settlement?

Although juries have sent a strong message to 3M Company about the extent of liability it faces if each individual case goes to trial, former veterans left with hearing loss have not been offered individual earplug settlement amounts. However, it appears likely that substantial progress will be made toward settling 3M earplug claims in the coming months.

Following the early 3M earplug trials in 2021 and 2022, Judge Rodgers ordered the parties to engage in a series of 3M lawsuit settlement talks. However, rather than making a good faith attempt to settle cases, the manufacturer announced that its wholly owned Aearo Technologies subsidiary was filing for Chapter 11 Bankruptcy in July 2022. The parent company unilaterally proposed a $1 billion 3M earplug settlement fund, which would have provided unacceptably low recoveries for veterans.

In August 2022, a bankruptcy judge rejected the attempt to delay the litigation and force settlement negotiations into the bankruptcy proceedings, finding that 3M must continue to face earplug lawsuits while it’s Aearo subsidiary goes through Chapter 11.

In September 2022, Court ordered that the parties resume 3M earplug settlement negotiations, and at least two mediation sessions were held with Special Master Randi Ellis, which Judge Rodgers has described as “worthwhile and productive”. Therefore, the parties are continuing to meet over the remainder of 2022 to get closer to an agreement to settle 3M earplug lawsuits.

Read comments about hearing problems experienced by other users of 3M earplugs and share your story with the AboutLawsuits.com community.

As a result of the manufacturers’ failure to properly test the effectiveness and fit of Combat Arms earplugs, lawsuits have been filed to obtain financial compensation for military personnel who were left with hearing loss or tinnitus.

Many of the lawsuits claim If proper testing had been conducted and adequate warnings provided about problems with the earplugs, it is unlikely they would have been standard issue to military personnel, and hundreds of thousands, potentially millions, of cases of hearing damage could have been avoided.

John states he first joined the military in January 1993, and was deployed to Iraq from May 2008 to August 2009, and again from November 2010 to November 2011. The lawsuit states during his training and both deployments he was provided the 3M Dual-ended Combat Arms earplugs to protect him against loud impulse noises and explosions.

U.S. Marine Corps Veteran Suffers Tinnitus From Defective 3M Combat Arms Earplugs: Filed by Shannon Weaver in the U.S. District Court for the District of Minnesota in February 2019, Weaver claims he was issued the Dual-ended Combat Arms earplugs to protect against loud noises that included servicing the electronic systems within military helicopters and regularly working in close proximity to the loud, propeller-generated aircrafts, among other things.

Weaver states he now suffers from partial hearing loss and ringing in the ears (tinnitus) and requires hearing aids in both ears due to 3M’s failure to disclose known failures and defects.

Have a 3M Earplug Lawyer Review Your Case

It is important to obtain experienced legal representation to pursue a 3M earplug lawsuit to make sure you receive the financial compensation you deserve.

A 3M earplug lawyer will help protect your legal interests, and they provide free consultations to help determine if you or a loved one may be eligible for a settlement. There are no fees or expenses unless a recovery is obtained in your case.